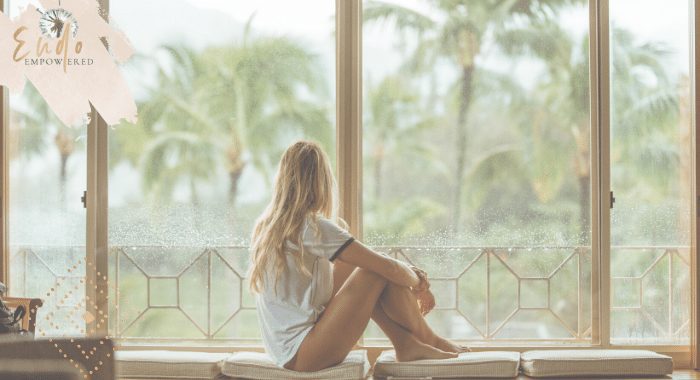 I love Maca Root and I have promoted it heaps on this blog, so I thought I better tell you what I have discovered about it recently. A few weeks back, I had a few women email me and describe that they had experienced worse pain after going on Maca Root. I found this incredibly hard because Maca Root had given me nothing but good results. I couldn’t figure it out and started to get quite concerned that I had recommended something that was perhaps not beneficial to all of us with endometriosis and that it might actually be causing some women harm—which is so not what this blog is about!

So, in my research I began to find out why this could be or if in fact there was a side effect to taking Maca Root, which I wasn’t aware of. If you are not familiar with this plant, please read this article I did on it a while ago.

What is Maca Root?

Maca Root is a vegetable plant and it essentially reduces endometriosis symptoms by regulating all our hormones. This means all of them together—not trying to reduce one or the other, depending on what our imbalances are. It will also regulate our thyroid gland, which has to do with feeling cold all the time. If we have estrogen dominance, it will work out which hormone is less and get the body to create more of the hormone we need. So, in other words, it regulates everything and lets the body determine what it needs and in what quantities.

If we then combine our treatment of endometriosis with hormone-specific treatment using phytoestrogens, it will make our pain and symptoms worse. So, if we take any phytoestrogens as a supplement, they directly interfere with Maca Root. The Chinese herbal pharmacopeia contains many such herbs and they do not generally combine well with this vegetable plant. So check this first before combining Chinese medicine with Maca Root.

You see, phytoestrogens are adding hormone elements to the body.

Basically, estrogen and progesterone work as a partnership. If one is too dominant, the other needs to step up. So, if we are estrogen-dominant, it means we are more likely to be low on progesterone. If one added more progesterone, it will lower the estrogen levels, so both are in balance again. This is what Maca Root does so well. It allows the body to work this out all on its own. The reason phytoestrogens cause such problems is that they are found in very high quantities in the body. Please read this article on more specific information on why phytoestrogens are not recommended for endometriosis.

In conclusion, we shouldn’t combine Maca Root with ANYTHING hormone-related. This includes any phytoestrogens, progesterone creams, DIM and even Evening Primrose Oil.

The good news is that you could essentially save yourself a whole heap of money by just sticking with Maca Root and there is no guesswork with this plant—your body can work it out. I have always been hesitant with progesterone creams/drops etc because I ask myself, how do we know when to stop? Surely we can get the balance to go the wrong way, out of balance?

So, now we understand why Maca Root and other stuff don’t mix well, we need to decide which way to go on this one. Personally, I love my Maca Root and will probably stick with that. If I decide to explore any Chinese Medicine or anything else, I will make a point of stopping the Maca Root supplements first!

Did you have an adverse reaction from Maca Root? Were you taking phytoestrogens at the time? Would love to hear your experiences.

Sick of feeling rubbish and not really moving forward?

meet up within the eNDO EMPOWERED community

You don’t need to suffer in silence or try and figure this all out on your own. There is a beautiful, positive community that can help you and support you.

*This is a non-social-media based support space.

Why do we struggle to stick with it all?

In the last few months I have been reading many books on productivity and why we do the things we do. What makes us change