My Understanding of What Causes Endometriosis… What Do You Think? 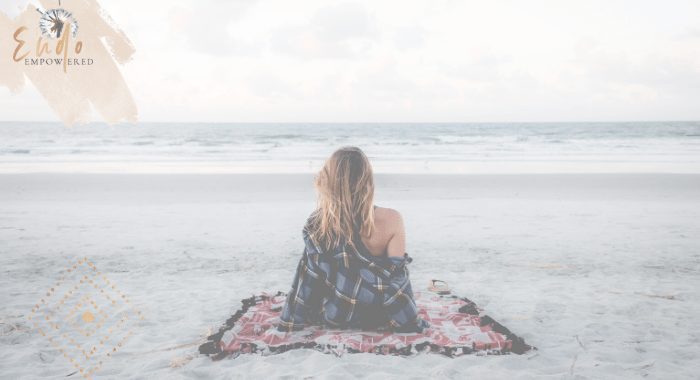 When doctors try and assess how to go about curing a disease, they will often take a step back and focus on how a condition was caused. This gives them clues on what created the disease and they can then delve into a possible solution based around that. This does make perfect sense.

The challenge is, most doctors have no idea what has actually caused Endometriosis. It is one of those “mystery conditions” that no doctor seems to be able to figure out. So, because of this, the doctors will go to the next best thing, which is to focus on the symptoms. They find out what the Endometriosis creates and then delve into problem-solving the symptoms. For instance, our bodies place cells in the wrong areas, which grow with more hormonal stimulation. So let’s slow down the cell overgrowth by slowing down the hormones.

A number of years ago, there was a study which involved some monkeys. These poor monkeys were injected with dioxin. Now, if you are not familiar with dioxin, it is a chemical, which is found in many things. One of them is in pesticides and fungicides.

So, after a period of time of injecting the monkeys with dioxin, they developed Endometriosis. Not all of them, admittedly, but 80% of them! Now, to me this is a clear cause of Endometriosis.

Read more about dioxin and watch a video about it here.

The only key distinction that I have made, after having assessed many women with Endometriosis, is that a weakness in the liver has been within our heritage prior to developing Endometriosis. It is this weakening of the liver, combined with overexposure to dioxin, that could explain why some women develop Endometriosis, while others don’t.

Within my studies, many women with Endometriosis have had indications of a weak liver function. This weakened liver function is often hereditary or is developed through poor diet, possibly drinking or taking drugs or even simply developing a liver condition. Factors that are often underestimated are the simple use of headache tablets, which taken regularly undermine the liver. A study in Asia illustrated that just by introducing headache tablets into the lifestyle of women, their PMS symptoms developed, which is also linked to poor liver function.

What is the connection here?

The liver’s primary role is to flush out toxins from our bodies. When the liver has been damaged or weakened, it will simply not be able to flush out the toxins as easily. This means, they remain in the body and will often settle in the fat cells of the body (toxic elements are fat soluble and will settle in fat soluble areas of the body). Once in the body, they easily accumulate and also create inflammatory responses by the body.

To me, the most logical cause of Endometriosis is therefore poor liver function. Many doctors will say it is hormonal imbalance, which is a factor but hormonal imbalance or estrogen dominance is actually a cause of poor liver function. See, the liver is responsible for flushing out excess estrogen. When it isn’t able to do this, it will simply land up back in the blood stream, just to be taken up again by the receptor cells.

So, knowing that toxins and weak liver function are primary triggers for Endometriosis, it would make sense that we focus on turning those around. This means cutting out toxins from our lives and flushing the toxins from our liver to get it working effectively.

What do you think? Agree? Not quite? What are your thoughts on the suggested solutions? Causes? Love to hear your thoughts.

begin your new life
Keep Reading
PrevPreviousMy Personal Experience and Understanding of My “Addiction to Chocolate”… What Is Your Addiction?
NextMy First Experience with Trying Kefir Milk… Good or Bad Idea?Next