Traditional Chinese Herbs we can use for Endometriosis 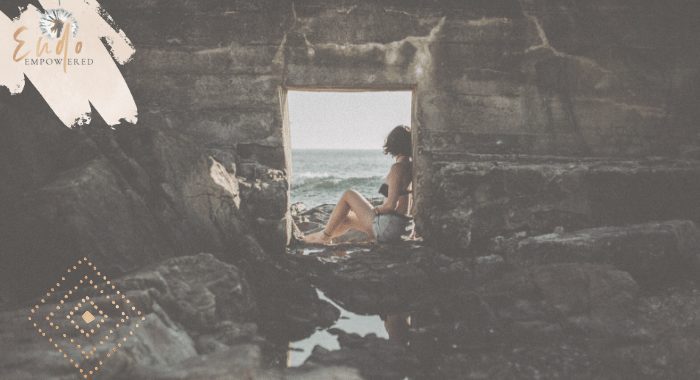 I have been reading up on Chinese Herbs again and discovered a great website which demonstrates their effectiveness for Endometriosis and Fibroids. Essentially, the chinese describe endometriosis and fibroids as stagnated blood in the uterus and that it doesn’t flow freely.

We experience dark, clotty blood flow and blood which has been allowed to oxidise. What happens is, the body then thinks there is a massive problem due to this old blood sitting in the uterus and reacts to it, like a would or an allergy. It sends immune defences to clean up the mess and this makes it hard for a fetus to survive. It reacts similar to how we react to hayfever or what is known as allergies – an overreaction which is essentially due to a poor immune system.

The chinese describe it all as “Menstrual movement pain”.

There are two main herbs which are recommended in this article and I was quite impressed that I had already heard of one of them  – Ghu Zi Fu Ling Wan!

This is made up of what the chinese describe as “warming” herbs. I researched all of the ingredients separately and they all indicate a warming result on the body. The exact ingredients are: Ramulus Cinnamoni Cassiae, Sclerotium Poriae Cocos, Radis Paeoniae, Cortex Moutan Radicis and Semen Persicae. – feel free to explore them all yourselves too 🙂

You can read the specific research results in the article but in a nut-shell, it proved that the correct elevation of the over-reactive immune response was lowered, which immediately lowered the pain levels experienced by Endometriosis sufferers.

To explain this further, they did a study to prove it’s effectiveness. What they discovered was that women with Endometriosis naturally have a higher level of Immnoglubulin M (essentially our over active immune systems). They took a group of women, divided them in two and then gave one group Lupron and one group Ghu Zhi Fu Ling Wan. The group on Lupron only experienced a lowering of the hormone estradiol but did not lower the Immunoglubulin M. The group on Ghu Zhi Fu Ling Wan had no change in the estradiol levels but the levels of Immunoglobulin M were massively decreased and their symptoms were dramatically reduced.

This herb combination for Endometriosis focuses on the prostaglandins in the body. If you are not familiar with what these are, please read this article on “What causes Endometriosis Pain in the body?”

What is in it?

Once again, feel free to research them all independently.

As a brief explanation, prostaglandins are hormone like substances that cause a reaction in the body. There are good and bad ones. The bad ones cause pain, inflammation and blood clotting. When we take pain killers like indomethacin or nurofen or any anti-inflammatory drug, they basically stop ALL prostagladins in the body. The good and the bad ones. This will naturally bring with it some side-effects – but more on that in another blog…. For now, all we need to know is that they create the “pain” we experience with Endometriosis.

So, what Jia Wai Mo Jia achieves is regulating the prostaglandins which cause excess bleeding, clotting, inflammation and pain. They took another group of women. The women experienced different levels of pain with endometriosis.

Two groups once again. The first group were given Jia Wai Mo Jia. They were given 15ml twice a day, 2 weeks before their period was due (the luteal phase) and into the first day of their period. The total number of days would therefore be 15days.

The second group were given pain killers/inflammatory drugs – in this case indomethacins. They were given these 3days before their period was due. They took 25g, 3times a day and took it for a total of four days.

The result was that 80.4% experienced less pain within the Jia Wai Mo Jia group compared with 73.3% in the pain killer/inflammation drugs group.

So, I managed to find out about Ghu Zhi Fu Ling Wan and I had great results with it already. I might consider trying Jia Wai Mo Jia, once I get my blood test to ascertain where my hormone levels are sitting.

I know when I first heard about Chinese Medicine, I was a little thrown but these two remedies seem simple enough to understand and try. I would suggest we go off ALL other supplements while we do it though, just to make sure nothing clashes….