This one ingredient found in common foods, drinks and alcoholic beverages could be the reason for sudden bursts of Endometriosis pain. 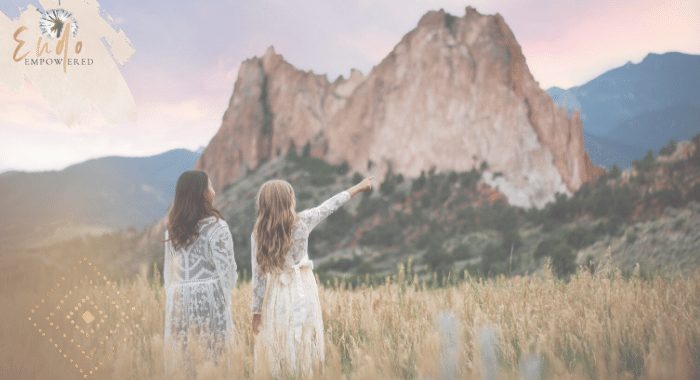 I went out a couple of nights ago to celebrate the Rugby – of course! It was awesome that New Zealand won! Very exciting stuff…. anyways naturally I had to celebrate and decided to have a few cocktails. Now, normally I know that if I want to have anything alcoholic that I should stick to pure spirits, like Vodka and simply add a mixer like cranberry juice or lemonade. Well, they had a special on cocktails, so I thought why not? When the cocktails came out, they had a foamy head and they were very sweet and tasty. So, I had 3! Yes, three!

Initially, I had that old feeling of being tipsy which was quite nice. – I had almost forgotten since I haven’t really drunk much in the last 8months……then after about an hour, it started. It was a dull ache at first and I thought maybe I just need to go to the toilet. So, off I went to the toilet to relieve anything that needed to come out. Unfortunately, this didn’t seem to do anything at all.  The dull ache continued and it seemed to be building in intensity. It was now dominating my whole lower abdomen and it felt like a pulsating wrenching kinda pain. I hadn’t experienced this kind of pain with Endometriosis for years. It was scary.

Nasty thought started running through my head…. you know the type: panic thoughts. I started to stress about what was going on. Maybe all this work hadn’t really done anything at all and my endo was back, stronger and meaner than it was before! Maybe, it was trying to tell me something…. well it was…..

It was only this morning that I began to realise what the trigger of the pain could be. It lasted most of the morning and only subsided by late afternoon, yesterday. I took it easy for the day and spent most of the afternoon lazing in the bath – making sure I was super warm in the process.

Okay, so what caused this dramatic on-surge of pain? They are called sulphites. They are designed to keep foods, drinks and alcoholic beverages from spoiling – they are a type of preservative. You find them in 90% of wines – especially the cheaper variety. On food labels they would be the number 220-228. Now, when I actually thought about last night and the cocktails…. I realised they were being contained in a large flask behind the bar. It was a huge long plastic tube with a nozzle at the end. Logically, they would need some serious preservative to keep the cocktails from going off. Never mind all the other strange ingredient probably found in those cocktails 🙁

Thing is, not all of us are aware of how these sulphites can cause such a dramatic instant pain reaction. I never was until I met a girl who had figured it out – Alex :). She spent weeks examining all the foods she ate and what was stated in the ingredients list. Eventually, she figured out that the same preservative made her sore.

This preservative is found in so many things! Wine, sweets, jams and all sorts of foods you would probably not even suspect. Now, for some of us we may not even have a reaction at all or it may not be instantly obvious. I had that with wine. I never noticed it so much. I could have a glass of wine and feel fine on the night but then I would feel absolutely lousy the following day. I used to put it down to just alcohol being bad for me. Which is of course true but one glass? Then I tried drinking vodka with cranberry or a pure spirit drink and guess what??? no bad morning or reaction.

When I was younger I would drink the really cheap casket wine and I would get this whole itchy throat thing and feel like I couldn’t breathe. My chest and neck would also go really red. I didn’t know it at the time but this was a reaction from my body against the sulphites in the wine.

It is funny because Endo does have some unexplained moments to cause us pain and sometimes it may seem like it is unjustified or sudden. This could explain why you have had pain in the past with no explanation. Now, you can imagine if you were unaware of these nasty sulphites and they are in the food you currently eat, how you could be in permanent pain. Imagine eating a jam which contained sulphites for breakfast each morning and not being aware that the bought of pain could be so easily banished, by simply buying a different brand of jam!

So, if you get sudden bouts of pain and you feel there is no other justification for it… perhaps check what you ate or drank just before it started and read the ingredients list! You may find it is the sulphites preserving the food that are the problem 🙂

begin your new life
Keep Reading
PrevPreviousSometimes I am not sure if I am doing enough…..
NextThe Amazing Healing Benefits of Blackstrap Molasses for EndometriosisNext