These Natural changes for Endometriosis are just too hard to stick to! 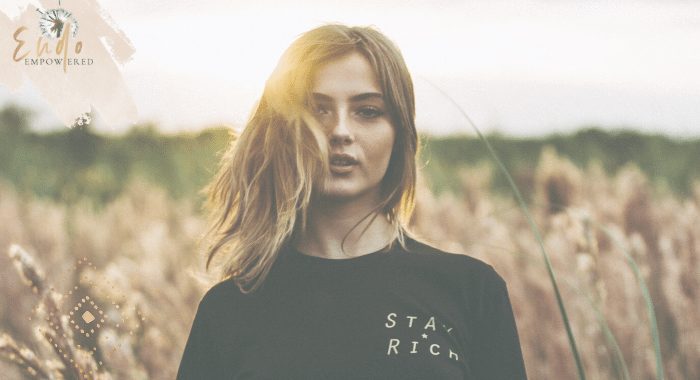 I am always hesitant when I get an email from someone who is new to my site looking for a quick solution to their Endometriosis. They are asking me to summarise a massive amount of suggestions for making Endometriosis easier, in one email and I inevitably know that they are simply going to feel overwhelmed and chances are, they will do absolutely none of it. It is just human nature. If I told myself a year ago that I would be eating a dairy free, gluten free, meat free, sugar free diet, doing Yoga every morning and now adding 3 days of exercise into the mix, I would have never considered this as a vaguely viable goal for me! I just sucked at sticking to anything…never mind anything as strict as this! A year on, I still can’t believe I am doing this! 🙂

Over the years I had read many books on how to feel better with Endometriosis and though many of them made the same suggestions, the whole idea of tackling such a massive change, which I considered a mountain, was simply too hard. So, guess what I did….. absolutely nothing. I made no changes to my lifestyle, my diet or my exercise regimen. I simply wallowed in my Endo pain and misery for another 5years 🙂

It was only when I decided…. for myself that I didn’t want to carry on with my life in pain and with countless operations. That was the first step.

I then tackled one thing. I chose dairy. Having read how much dairy impacted on my hayfever and the inflammation reactions in my body, I figured this was the most important one and possibly one of the easiest ones to cut out. I found Almond milk and rice milk which really worked quite well in my diet. Initially, it was hard. I missed my Latte’s and my hot drinks with frothy milk! I wanted things like ice-cream and cream! Somehow, because I couldn’t have them they somehow became the most appealing thing in the world!

There were plenty of slip ups and days where I would consume massive amounts of ice-cream just because it somehow took on a life of its own and became so much more delicious, just because I couldn’t have it of course 🙂 I stumbled lots…..

It was only when I managed to stick to not having dairy for a whole 2 weeks and then had some cheese, that I really noticed the difference it made on my body. I got instant heartburn and nausea. My body had spoken!

After that it somehow gave me the motivation to listen to my body more. I became very in tune with what it wanted and how it reacted to foods and the decisions I made on food kinda developed on their own. – not so much because someone told me to do it but because I instinctively knew that they were good or bad for my body.

I certainly did not wake up one day and just cut out everything suggested to cut out for Endometriosis in one day! No way! I took months to get one aspect of the diet handled and then I would move onto the next one.

It was definitely baby steps.

So, though I know at first when you look at the natural ways suggested on this site, it may seem overwhelming and impossible but just take one step today. Add something good into your diet or cut out one bad food out – just for a day…. then make it two days, then make it every day. It is gradual.

The thing is, if you take that one step… TODAY. You will be making a conscious decision to change and to work for the future. It gives you power and makes you feel in control of this nasty Endo and that in itself is healing!

begin your new life
Keep Reading
PrevPreviousThere’s something I have to admit to you about taking supplements…..
NextDo You Suffer from Motion Sickness with Endometriosis?Next