The Amazing Benefits of NAC: What Is It? How Can It Help You? 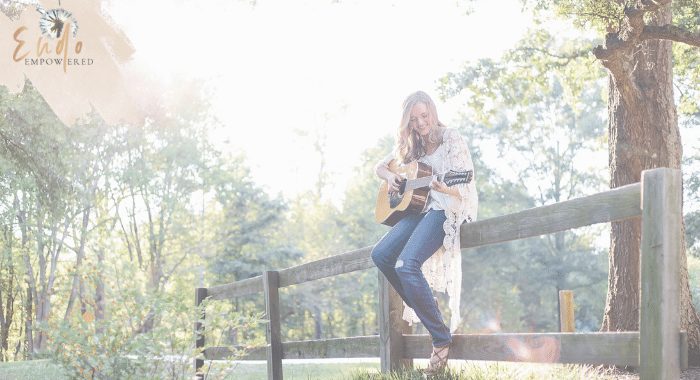 This post was written by our amazing guest Angelika:

I have been suffering from endometriosis since age eleven and had a diagnosis very late in life, which resulted in having to remove my female organs. I didn’t agree to having all the organs removed but unfortunately did have some removed. I felt okay for the first year. Unfortunately, all my problems returned gradually and two years after my operation life became a struggle again. On top of this I developed symptoms of fibromyalgia.

I knew that I did not want to have another operation and neither did I want to receive artificial hormones with all their side effects to control my endometriosis.

I felt that I had to do my own research on the internet. Interestingly there was a lot about the connection between endometriosis and environmental toxins and inflammation on the internet, something I had never heard about before.

Obviously, some scientists link pesticides, dioxins and other environmental pollutants to the development of endometriosis. Also, I found out that endometriosis is a multifaceted illness that impacts the immune system and the bowels as well. That explained my life-long struggle with infections and irritable bowel syndrome (IBS).

Going deeper into the matter I learnt that oxidative stress in cells may lead to the development and growth of endometriomas outside the lining of the womb, causing chronic inflammation, adhesions and pain.

Oxidative stress is defined by an increase in free radicals and inflammatory mediators inside the cells. Oxidative stress itself is seen as a cause for many illnesses and a malfunctioning immune system.

I was excited as everything pointed to an antioxidant, which is produced in the liver and is involved in literally every metabolic process within the body at cell level: glutathione.

Some scientists think that women suffering from endometriosis might have a defective enzyme pathway in the production of glutathione which might develop in the early stages of pregnancy when the mother is exposed to environmental toxins.

Environmental toxins, stress, and chemicals in food can cause the liver to become depleted of glutathione. This leads to an imbalance in female hormones, specifically an overload of estrogens. Even the menstrual cycle itself places a demand on glutathione, as there is a higher demand for it in the second half of the cycle.

Glutathione is involved in the detoxification of the body from heavy metals, pesticides, estradiol, chlorinated hydrocarbon solvents, prostaglandins, leukotrienes, acetaminophene and many other toxins. It regulates the cell cycle, DNA and protein synthesis and proteolysis and gene expression and decreases the cellular production of pro-inflammatory mediators.

I understood that glutathione was the key to a better functioning immune system and to reducing the overshooting inflammation that makes endometriosis so difficult to control.

The easiest and fastest way to increase the glutathione level in the liver is actually by taking N-Acetyl-Cysteine (NAC), a modified precursor of this powerful antioxidant. I was greatly encouraged to try this substance when I found an article by the Italian scientists Tiziana Parasassi and Maria Grazia Porpora, in which they described that NAC actually directly prevents endometrioma cells to proliferate without suppressing the ovary function as done by the usual pharmacological treatment. This way it results in pain relief and can even help some women to conceive. As NAC increases the level of glutathione in the liver it enhances estrogen metabolism and therefore rebalances the female hormones. It can also improve the symptoms of chronic fatigue which many women with endometriosis suffer from.

I decided to start an experiment on myself, as it appeared to be a very safe substance. The research results told me that there were no side effects when it was taken in the safe dose of 1,800–2,400 mg/day for three months. I take capsules of NAC on three alternating days in the week, three times a day.

The results have been amazing!

My fibromyalgia symptoms have completely disappeared after the first week of taking it. My periods are far better and completely manageable. I can easily control the pain with natural remedies and I am able to go to work during my period. I have no pain and no bleeding between periods any more. I am more energetic!

I can tell that my hormone levels are better balanced by the disappearance of the pain in my breasts. My chronic gastritis is less painful, my IBS flare ups lessened and I just dealt with a confirmed influenza incredibly easily. I have only one more week left to take it and I am considering continuing it.

I looked up side effects for prolonged treatment and they do not scare me. I have to make sure my body PH is alkaline and to drink sufficient water in order to avoid the development of kidney stones. As I am on a vegetarian, organic, anti-inflammatory diet my PH is usually alkaline anyway. I can enhance this by taking potassium citrate if in doubt.

In order to maintain the good result I achieved from taking NAC I hold on to a specific lifestyle. I stay away from xenoestrogens and toxins as much as possible. I enjoy researching and finding heaps of information to heal my body naturally.

Thank you so much for sharing this hugely valuable information, Angelika!

You can purchase NAC here, from a reputable manufacturer.