Can You Wear Stockings? Leggings? I Get Pain, Do You? 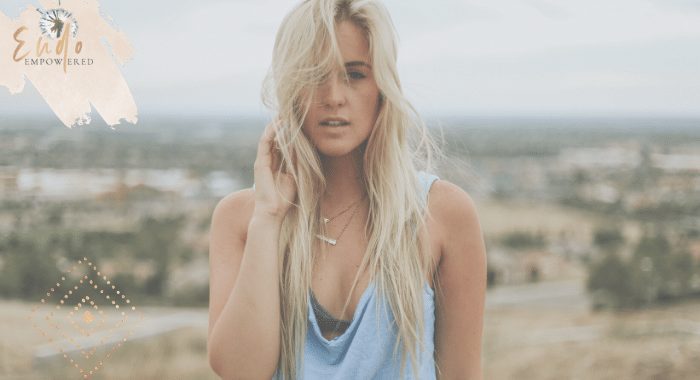 I have always struggled to wear stockings or leggings with endo, I would love to pair them with my Sole heaven nike vapormax, but I have to stick to my jeans. It is quite strange because it seems worse when it is the last week before my period but somehow putting pressure on my abdominal area causes me some pain. It seems to be worse when I sit still and wear them and I thought I might explore it a little further. Here is some interesting bits I found out about it:

“It may not quite be time, admittedly, to join the naturists: it’s overly tight clothes, rather than clothes per se, that emerge as the real culprits. Even that may not seem particularly relevant in an age when drainpipe jeans seem almost as distant a memory as the 19th century strictures of the corset, once de rigueur for men as well as women. But the latest warnings suggest that endometriosis, an often debilitating painful condition that affects an estimated 2 million women in Britain and can lead to infertility, may be triggered by wearing tight clothes during teenage years.

The cause of the disease, characterised by the build-up in the body of cells shed by the womb, has remained a mystery since it was first identified 70 years ago. But Professor John Dickinson, of the Wolfson Institute of Preventative Medicine in London, has just published research arguing that tight clothes may provide the force required to drive endometrial cells from the womb to accumulate at the ovaries.

“This would help explain why there was an awful lot of chronic abdominal pain in upper-class ladies of the Victorian age, who were restricting themselves like mad,” says Dickinson, a former senior professor at Bart’s Hospital in London. His hunch is supported by the fact that the condition seems not to exist in countries where loose clothing is the norm. “Almost all women in India wear saris and have no cosmetic need for restricting garments,” he writes in the latest edition of the British Journal of Obstetrics and Gynecology. “It would appear that researchers working in India or central Africa have little experience of endometriosis.”

Researched from this site: http://infertility-fertility.blogspot.com/2008/04/tight-clothes-may-affect-fertility-in.html

There was another explanation which indicated that tight clothing would restrict blood flow, which makes sense. It would cause extra blockage and culmination within the cavity. Pressure, abdominal pain and infertility were suggested as a result. WOW, just from wearing tight clothing? Well, best go buy some tracksuit pants then…

Can you wear them? Give me your thoughts…

begin your new life
Keep Reading
PrevPreviousIs Plastic Bad for Us? Do You Still Drink and Eat out of Plastic? This Might Change Your Mind!
NextMy Personal Experience with Reishi Mushroom Powder – Good or Bad?Next