Should We Use Provera or Depo-Provera for Endometriosis? 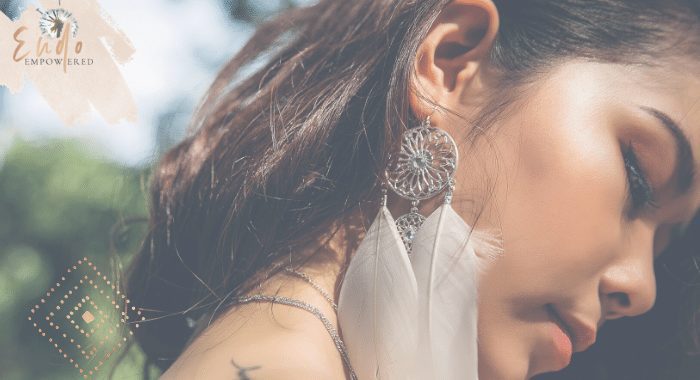 When we read about Provera, it sounds fairly harmless. A drug developed from progesterones (soybeans) which we take to reduce the hormone imbalance in our body. The drug is called Medroxyprogesterone and essentially it was developed to reduce the amount of estrogen in our body. There are a variety of brands and means of taking the drug, from tablets to an injection given four times a year. The dose will also vary depending on what your doctor prescribes for you. It also sounds fabulous as you only need to go for an injection every 4 months and you don’t get your period at all! Fantastic! No period means no pain! Right?

To give you a brief explanation on how this works… essentially we have a higher level of estrogen in our body than we should. It is this heightened estrogen which causes our lining to be thicker than it should and for the endometriosis to form and grow more rapidly. By reducing the estrogen in our body, we reduce the lining and the endometriosis cells from growing as we have cut off the reason they grow too large in the first place.

What Provera does is it mimics the progesterone in the body. Progesterone reduces estrogen. So, what they are essentially doing is giving you more “fake” progesterone to try and get your estrogen levels down. By doing this, we stop ovulating and hence, no lining, no bleeding and no period.

Well, unfortunately, we are essentially playing with a natural balance in the body. The reason we have elevated estrogen in the body is not reviewed at all in this equation. We are simply looking at one area, the endometriosis, and trying to reduce that one problem. When you look deeper, you will find out that the reason estrogen levels are high are numerous but one main one is poor liver function.

The problem with any drug, whether it is the pill, headache tablets or Depo Provera, is that it will affect your liver and your body. It is not natural and your body has to process it as a toxin and get rid of it. The more toxins you give your liver, the more it has to process and the less time it will have for healing your body properly.

Now Depo Provera is really not much different from any other drug prescribed for endometriosis. They all try and do the same thing—solve a symptom the body is sending you. Unfortunately, though it might reduce the symptom (the heightened estrogen levels), it also causes heaps of other problems while it is in your body. It is also important to note that it might reduce the symptoms associated with heightened estrogen while you are on the drug but it will not cure or heal your endometriosis. If anything, it will simply create more imbalances in the body.

I feel it is very dangerous to “play” with our hormones. Sure we have elevated estrogen but taking something to reduce it will simply create other imbalances with other hormones in the body. They are intricate and incredible chemical reactors that don’t just control our periods and our uterus. They perform all sorts of important functions in the body. Who are we to go and dig around in there, within an area we simply don’t understand? It all interlinks and doctors still don’t understand how they all work. So, why are they messing around with it all?

Anyways, there has been some full-on stuff about Depo Provera which will hopefully put you off even considering it.

Here are a list of things I would be worried about:

The Canadian Coalition on Depo Provera, a coalition of women’s health professional and advocacy groups, opposed the approval of Depo in Canada. Since the approval of Depo in Canada in 1997, a $700 million class-action lawsuit has been filed against Pfizer by users of Depo who developed osteoporosis. In response, Pfizer argued that it had met its obligation to disclose and discuss the risks of Depo Provera with the Canadian medical community. Source: Wikipedia

The list goes on. There is a girl who has created a whole site for women who have had bad experiences from Depo Provera. I would strongly advise you read the information on there to see what your life could be like after you have taken this drug.

We have the power to make informed decisions by researching information through the internet and books. Don’t just believe the wonderful marketing messages we get from these pharmaceutical companies. Do your research! Find out more about any drug you are considering. Chances are, they all have side effects and most of them are not worth the current pain of endometriosis you might be experiencing.

Here are some scary stories and things you should read before even considering this drug.

Women stories of their experiences

The case against Depo Provera

So, I hope you stop wondering about any drug treatments for endometriosis. They are all drugs and no matter how pretty the picture is painted, it will have side effects, whether these are obvious to you or not. It is a question on whether you want to risk the long-term damage they do to the body or the pain of endo? Thing is, you can get your endometriosis under control by following the heap of information on this site. It is possible as I have done it. I know the road is longer and seems harder but ultimately you will heal properly and not be faced with possible worse situations by taking drug treatments.

Have any of you tried Depo Provera? What was your experience? What are your thoughts? Feel free to share!

begin your new life
Keep Reading
PrevPreviousThe AMAZING Plant you can Grow which will Heal Endometriosis pain!
NextAre you a Control Freak? Do you need everything to be perfect?Next