Sarita Shares her Story of hope for women with endometriosis 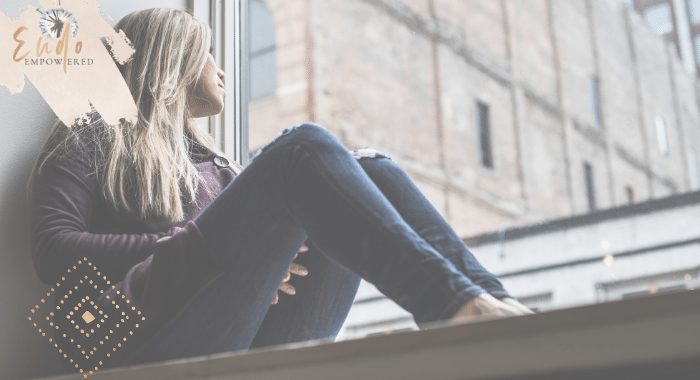 Mine is a rather strange variant of endometriosis, in that I never had a trace of its symptoms growing up and had been among the majority of the lucky ones with an easy, three-day period like clockwork, until late in my twenties, when something very strange happened. My story will cover this phase of my life, encountering Melissa’s blog and the route to healing.

I’ve always attempted to be a healthy eater, with occasional indulgences. The acute indulgences spontaneously caused me a myriad of health problems, and gradually coupled with unhealthy lifestyle choices all lead to a build-up of stress, resulting in my very first “period pain”.

It felt scary, as I had never experienced period pain before. The next month, the pain became worse, and then worse again the month after. I began to nervously google and the only word that popped up was “endometriosis”. It scared the living hell out of me, as I had just completed reading about Marilyn Monroe’s fight with the disease. It felt spooky too, as the condition that I so much dreaded about, had to come to me just moments after learning about it!

I nervously ignored the period pain, the internet, and went on with my life. The period pain increased in intensity and froze my pelvis within months. A few weeks later, I experienced a stabbing pain on my left ovary, like it was tugging some mass along. The frozen pelvic pain and the subsequent ovarian pain forced a visit the gynecologist.

Scans showed a large “endometrioma” on my left ovary. The doctor on hearing my story, suggested waiting and watching the cyst. The next month, the cyst grew an inch more. It was massive, and she had to schedule a laparoscopy. After the surgery, she told me that I was in a mess and had adhesions all over my abdomen due to the endometrioma. Yes, I was scared as I had not read of a single happy ending from this dreaded condition. I began considering options on how to “manage” endometriosis and my life. I read about methods to slow down the endometriosis growth. I was put on Lupron (GnRH analog) which was another world of hell, perhaps even worse than the endometriosis, especially psychologically as I NEVER felt like myself. I could not think in the way I usually do; I got dyslexia, worked hard yet underperformed, and when I got off the Lupron, bang flared the endometriosis within days!

The ovarian cyst grew within weeks, and I was scheduled for a second laparoscopy, just nine months since my last! I googled frantically over the internet and stumbled upon various research journals, containing scary, pessimistic jargon which was all far from optimistic. What gave me slim hope was the Mirena coil and other progesterone pills being researched upon, to exclusively treat endometriosis. Also, model Padmalakshmi’s efforts in raising awareness towards the condition, helped me find some hope in the tissue “excision” method, which is what my second laparoscopy surgeon also incidentally specialized in.

Soon after my second laparoscopy, I was put on Zoladex (GnRH agonists) for a couple of months, and prescribed birth control pills for a year straight. Alongside, I happened to chance upon the wonders of nattokinase, which I gladly took, as I had nothing to lose. I sure felt a little better than my last surgery, as the Nattokinase did seem to scavenge the scar tissue. I did not, however, fix my poor diet. The endometriosis and ovarian cysts returned one and half years later, now with a couple more fibroids and more mess like blocked tubes and hydrosalpinx. The pain was excruciating, hopeless, and I was bloated, but in the helplessness, I felt a glimmer of hope as I reached out for the internet.

I googled, tearfully and in intense physical discomfort with a heating pad on my abdomen, for “cure endometriosis”, and up comes Melissa’s blog! I loved the sunny look of her page, the optimism in her introductory post, and the empowering message in her articles. I just felt better straight away; was an eerie moment. I wrote about my endometrioma and the coming laparoscopy in one of the comment sections of her articles. Melissa replied within minutes! I cannot explain how indebted I am to Melissa, and her empathy and commitment towards guiding fellow women with endometriosis. There were comments from other endo sufferers on her article, each case almost as desperate as mine, and they were each answered with such logic, reason and hope.

Post the third laparoscopy, I could not wait to explore the natural healing methods. What I find most important in Melissa’s healing method is her unique manner of empowering you to find your own path towards healing, and there is something special in the delivery and articulation of her method that enables you on your route towards health. There could be a lot of information on nutrition and supplements for endometriosis on the internet, but consulting with Melissa gave me a ray of hope to believe firstly in my ability to heal and that joyful optimism towards the goal.

I ordered Traditional Chinese Medicine and other herbs to begin healing the endometriosis. I felt better within months. Monthly ultrasound scans showed no trace of any endometriomas. For the first time, I felt like I was living again, perhaps better than ever before!

I, however, a few months later, did succumb soon to both chronic and acute stress at work, which made me neglect my eating and up flared the endometriomas again! I was upset that I let this happen. Succumbing to office stress was uncalled for, but I let it still happen. As my endometriosis was only on the ovaries, I tried drawing inspiration from women who had naturally healed ovarian cancer. I consulted with Melissa and got some wonderful advice. Besides suggesting important herbal supplements, I found that Melissa most importantly possesses an intelligence and natural aura of a healer and you end up knowing that healing is easy and fun!

So glad that you came into our lives, Melissa! I know you will brighten a few more.”

To treat endometriomas, we now have a fully integrated program designed to get you results within 6 weeks.

begin your new life
Keep Reading
PrevPreviousWhy do we get pain when we exercise with endometriosis?
NextSevere Endometriosis? Will the holistic approach really be enough?Next