Should I Have a Laparoscopic Surgery for My Endometriosis? 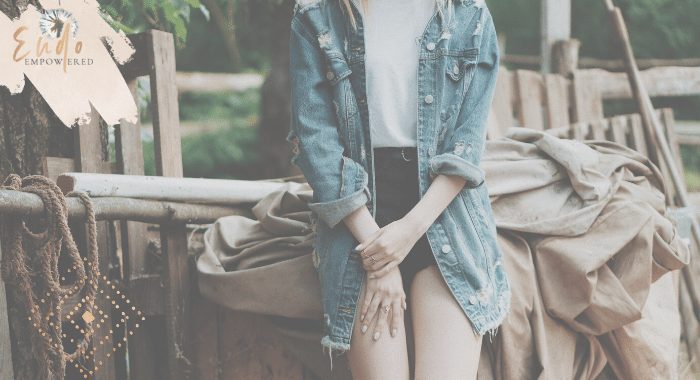 When I first got Endometriosis, the pain never went away. It was there every single day. It was a dull presence that stayed there continuously. It was worse at certain times of the month and more severe when I got stressed. For the first year I had no idea what it was. I went to several doctors who informed me that I simply had irritable bowel syndrome (IBS) or that I had period pain like every other woman. I was made to feel like I was just making it up or perhaps this was simply what period pain felt like and I was just a pathetic weak girl for complaining about it. The dull ache didn’t go away though. It was there for a while.

Finally, a year later I had a feeling inside that somehow told me that my pain was related to “women’s bits”. I found a gynaecologist and he suggested laparoscopic surgery. He said it was the only way to confirm I had Endometriosis. I agreed straight away and was just so grateful I had a “label” for this endless pain.

I hated the operation. I felt terrible for days afterwards. I had pain in my shoulders, under my rib cage and I also suffered side effects from the aesthetic and the antibiotics, meaning I spent hours on the toilet with both ends hovering over the toilet bowl in 10-minute spurts. I was young though so I was okay with it and managed to heal within a few short weeks. I thought,”Great, I am healed now! Life can go on as planned!” I was so wrong. I really believed that I only needed one operation and that would be the end of it! I really did! I was only 19 at the time, so perhaps in my disillusioned mind I wanted that to be true.

It has been 16 years since that day. I have been through another 7 operations and several different hormonal treatments to “help” me with my Endometriosis. After the last Laparoscopy, I decided I would NEVER have another one and I would find a better way!

I have now been without an operation for over 9 years. I still have Endometriosis, but it is so mild now that I barely know I do – I just get a friendly reminder at that time of the month! I am very aware of my body and its healing and know that I am getting better each and every day. Through this blog, I have discovered the many more amazing healing powers that exist out there. I have been really good at sticking to them and I have noticed a dramatic improvement over the last 6 months.

So, should you have a laparoscopic surgery?

I personally believe that laparoscopic surgery can give women a great sense of relief in knowing what they have and you probably wouldn’t be reading this if you haven’t already had one to confirm that you have Endometriosis. I know it made a huge difference to me to have that “label”. The Laparoscopy will also allow doctors to “clean you out” in a sense and give you a “clean slate” to start healing. It will also give you an idea of what you are dealing with – the severity of your Endometriosis and how much more you need to be committed to your personal healing.

However, I don’t necessarily agree in having them the way I did. My doctors almost scheduled me in every year or year and a half. It was a given that the cysts would grow back and that I would need one. I had stage 4 Endometriosis!

Now there is evidence that the operations can actually cause the lesions to grow, as the body is  trying to heal itself. There is some amazing new surgery available which uses micro laser treatments and all sorts of fancy methods BUT and this is a HUGE BUT…

You are not healing the body with surgery. Surgery cannot heal Endometriosis! It might “clean you out” until the cysts grow back, which will give you some pain relief, BUT it won’t solve the root cause of having cysts grow in the wrong place in the first place! It won’t heal the reason you developed Endometriosis.

There are many who might argue with this statement but the body is a holistic being. Every condition we get is a signal inside us that there is a problem. By simply cutting out the problem, we are not recognising what the body is telling us. It is out of balance! What simply happens is that the problem develops somewhere else. Women with Endometriosis often go on to develop more and more diseases or conditions which may seem unrelated but ultimately are all going back to an original problem that was not dealt with correctly.

It actually doesn’t matter what the condition is that we have, the methods to heal are all based on the same principles. We need to ensure a positive balance exists within our bodies.

Please feel free to share your opinions. I would love to hear your thoughts or arguments.

begin your new life
Keep Reading
PrevPreviousTaking That First Step to Healing Endometriosis Through What You Eat!
NextGluten and Endometriosis… Could There Be a Link?Next