Kristin Shares Her Amazing Story of Discovering Naturopathy and Falling Pregnant with Endometriosis! 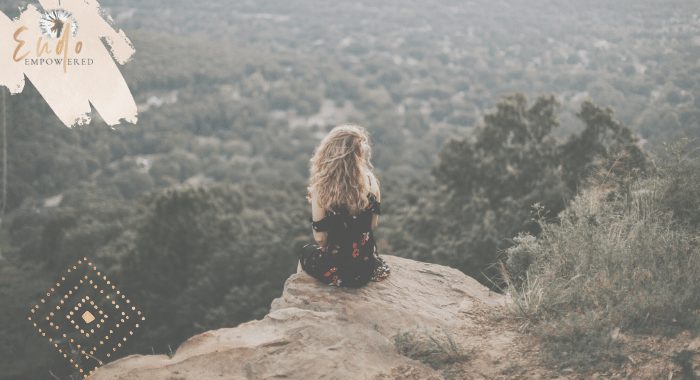 Kristin has been waiting in anticipation to share her amazing story with us! She was lucky to have found the natural path to healing!

Well, I am LONG overdue on this email. I really want to share my story with you and others, however, life has been incredibly hectic and I needed a serious opportunity to sit down and put my story down in writing.

So, here goes (like your story, you may want to sit down with a nice cup of tea for this):

I had a beautiful baby girl in October 2008. Never had a history of pain, did have lengthy periods but I was always told I was just one of those girls who had long periods. I went with it, and accepted it. After I had my daughter, I continued to feel pretty good. I had gained a considerable amount of weight with my pregnancy, but managed to lose it quickly. I was on maternity leave, enjoying my time with her and we were active!

I returned to work in November 2009. By March of 2010, I started feeling pain with my periods. At first I thought I was just imagining it. I had never felt any discomfort before. I never even had symptoms of PMS! The pain grew progressively worse. Finally, I made an appointment to see my doctor. I mentioned I was having severe pain, so she prescribed Naproxen and ordered an ultrasound. I was told I probably just had painful periods—nothing to worry about. My ultrasounds turned up nothing. I took the Naproxen as needed when I had a period.

In December 2010, my husband and I decided we wanted to start trying for a second baby. I was optimistic, but I had this horrible feeling that the pain I was feeling could hinder my chances of getting pregnant. Sure enough, when I saw my doctor for my annual check-up, we knew something wasn’t right. That’s when things started spiraling out of control and my life changed completely. I was referred to an ob/gyn. Lovely doctor. I was referred quickly. After a series of tests (cat scan, 2 MRIs and a ton of bloodwork), I was called back into the doctor’s office. She sat me down and explained to me that it appeared as though I had endometriosis and a laparoscopy was needed to confirm my diagnosis. She booked me in for the surgery the next week. I had no idea how invasive that surgery could be. Apparently I had it everywhere—endo was on my bowels, bladder, spleen, appendix, and this wonderful disease had fused my uterus and rectum together causing the severe pain and swelling. She told me that otherwise I was very healthy and should have no problem conceiving another child. This happened in March 2011.

We were devastated. Based on the amount of pain I was feeling, I just couldn’t shake the feeling that I couldn’t have another baby. I lived with this new knowledge for a few months and then my mother made the suggestion that I speak with a naturopath. She had a friend with lupus who had experienced HUGE benefits from seeing a naturopath. So, I made an appointment, had my first consultation in August 2011.

From there, I started down the path to drastic changes in my lifestyle. I started taking numerous vitamins and supplements: multi-vitamin, folic acid, melatonin, and B6. I also started charting my temperatures (BBT). I continued this for a few months. I have to admit I didn’t see a change in my pain, but definitely saw an improvement in my overall health. I was catching fewer colds and flus. During this time, I also started yoga. I needed a different form of exercise. Previously I had been an avid runner, but that had also become difficult because of my pain levels. I also started to see an acupuncturist who helped me immensely. I could see her on my extreme pain days, and she could help my pain decrease to a much more manageable level. It was amazing.

I also saw another acupuncturist who conducted a Meridian Stress Assessment on me. What this does is test imbalances in the body. It entails measuring electrical conductivity on acupuncture points on the hands and feet using a little probe (for lack of a better word). Once my imbalances were recognized, she provided me with a list of recommendations. Turns out I had many imbalances and quite a few food sensitivities. Like everything else, I went into this full speed ahead. Overnight, I changed my diet drastically. I cut out dairy, wheat, refined sugars, etc. It was not easy, and I can tell you honestly that I had a severe withdrawal. Who knew cutting out that stuff cold turkey makes you a raging lunatic? Just kidding, it wasn’t that bad, but I did experience fatigue, fever-like symptoms, etc. We also discovered I had high levels of candida in my body, a common condition with endo sufferers.

By January 2012, I was a different person. I had made huge lifestyle changes, diligently took my vitamins and charted my temperatures. We learned that I had a short luteal phase. Another common occurrence with endo since it is an estrogen dominant disease. Most people lack the appropriate levels of progesterone (also the hormone that sustains pregnancy for the first 12 weeks) associated with the 10–14 day luteal phase required post ovulation. My naturopath recommended some new vitamins. We learned that I was severely iron deficient so iron was added to my list of supplements as well as green tea extract, Estrosense and progesterone cream (prescribed from cycle day 6–28). Now, for anyone who is not familiar with Estrosense: It is meant to act as a hormone balancer. It is designed to break down the “bad estrogens” as well as cleanse other toxins from the body. I took 2 tablets per day, and the ingredients included: calcium d-glucarate, indole-3-carbinol, green tea extract, turmeric, milk thistle, rosemary, lycopene, and sulforaphane. I also started taking Serrapeptase. In February 2012, I had another appointment with my ob/gyn. She was pretty supportive of all the supplements and lifestyle changes I made, however, she indicated that maybe I needed a bit more help. I was prescribed progesterone in higher doses than the cream could provide. 100 mg taken twice a day. In February, I saw immediate improvements. My pain for that month was cut down to one day instead of three as per usual. By March, it was less than a day, and I felt I could have made it through without my typical doasge of Naproxen.

Yes, it’s true. We are expecting this long awaited baby just in time for Christmas.

That is part of the reason it took me so long to write you. I wanted to make sure we were out of the first trimester. My story is personal, and it takes a lot of strength and humility for me to write this. Although my close friends and relatives know about my condition and what we went through over the last year and a half (and some of my colleagues cause it’s pretty darn hard to hide your pain sometimes), many people do not know anything at all.

We are in a great place, and with everything we did to change our lifestyles, along with the endless amount of love and support I received from my amazing husband and some of my dearest family and friends, we achieved something we were starting to believe wasn’t possible.

Anyway, this is a long story, but I just don’t know how to shorten it. I hope it helps some people in their path. If someone wants to contact me directly, please forward them to my email: endofendo@gmail.com.

Thanks for listening to my story.

Thank you so much for sharing, Kristin! If you have any questions for Kristin, feel free to ask in the comments section below.