Jane shares her story of Endometriosis, Lupron, Kids and her Hysterectomy! 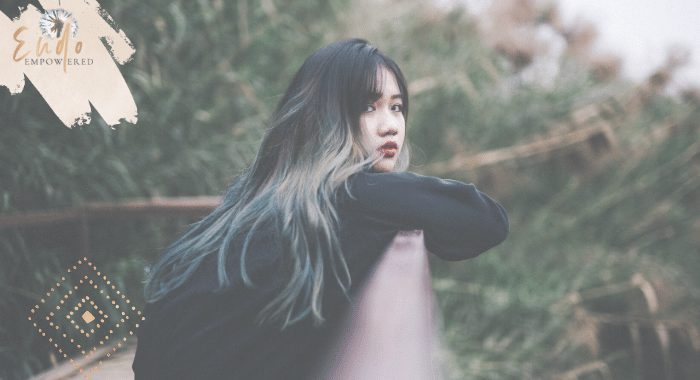 What really shocked me about Jane’s story was just the lack of knowledge that clearly exists amongst Gynaecologists. The options presented to her were so poorly researched and didn’t seem to consider poor Jane in the process. The reason I decided to share Jane’s story is really to open your eyes to the journey that Jane went through. I would like women who are starting out with Endometriosis to really recognise the potential consequences of these choices.

I know it is hard to go against the advice of Gynecologists or “specialists” but ladies we need to really start to listen to our own bodies and find a better way to heal than suppressing Endometriosis with drugs or cutting everything out!

I was honored when Melissa asked me to write for her Blog, accounting my own experience. I hope that by being transparent to all of you ladies reading this, I can somehow help you. First before taking you on my journey I would like to reiterate that this is MY experience. It is not based on medical facts. It is simply my account.

My journey with pain began in the 1987′ when I first had intercourse and it was so painful. I thought that was normal and it would get better….. guess what? it didn’t…. and so the journey continues. In 1990 I had my first laparoscopy for an ovarian cyst. I have to say that I went through a few doctors before that lap. In fact I was admitted to the hospital for a week for “testing”. A gasterologist was consulted and he felt I should be treated for irritable bowel. I went months treating it until I just simply got fed up and said I am going to a Gyn. He said “get pregnant and your pain issues will be solved!” As if it was that simple!

I finally found a Gyn that wanted to “look inside.” She found and removed the cyst and found endometriosis. What in the world was that? First time I ever heard the term. Well.. It didn’t matter now. I was cured. Hallelujah. Then….a few years later… the pain returned. I went to a different Gyn because I had moved. He did an ultrasound and it was clear. Apparently I had nothing causing this pain. If it doesn’t show up on the ultrasound it doesn’t exist. Right? WRONG. I went home and the pain kept on coming. I started taking hydrocodone and the pain was better. Could I live on this stuff? Maybe that was my option. I gave it a few more months. Well.. The pain just got too much and I knew something was wrong. Besides that I was in a panic because I had researched endometriosis and it could prevent you from getting pregnant. I made an appointment immediately and my doctor did a laparoscopy. He found endometrial implants. Ovarian cysts and the endo had wrapped around my left tube blocking it. Remember, the Ultrasound had shown nothing……

… Then I got pregnant again a few years later. I have to say I didn’t have the pain anymore and my doc said that it was probably from hormonal changes of pregnancy and breast feeding. It gave my body a break…. until in

2002 I was back in the doctors room! He says to me. “ Maybe you should just have a “Hysterectomy?” Yikes.. .I was not ready to hear that! How could he just say it so matter of fact? I decided to ask around and a doctor was recommended to me. I went to him and he suggested birth control pills. I had already tried that! Then he suggested LUPRON. I could also write a blog on that! I will just say to you readers: Don’t do it. Just my opinion, let me remind you but I HATED it.

Well.. Finally another lap was done and it was all clear. He says it was probably the magical lupron and that I had no endometriosis and I was “good to go”. Yes.. I was until 2004. I went to another doctor because the other doctor said my only option was a hysterectomy. This doctor tried me on other birth control pills and finally said that my only option was to get a hysterectomy, but she didn’t want to do it in CASE it didn’t work and my pain returned. What kind of answer is that? Maybe it was a clue to my future.

So here I was 41 years old still having painful sex after 17 years of marriage and 2 children, still having horrible debilitating monthly pain that was interfering with my jobs which I left because of the pain. What else was left? I mean I wasn’t told by one doctor to have a Hysterectomy I was told by 3 or was it more? I lost count. It HAD to be the right decision.

So I did it in June of 2006. During the recovery period I wrestled with all kinds of thoughts. I really felt as though there was a hole in my body. Crazy I know. As if when people met me they could see a gaping hole where a uterus was suppose to be. Insane but true. I actually became depressed. I became more depressed when after the Hysterectomy and I was “recovered” I still had monthly pain. I still had cramping, backache, low aching pelvic pain, mood swings, headaches, pressure, stomach pain and it happened every month. I was feeling lousy every month. I thought this was behind me. Oh… I think it is important to say that the really bad stabbing pain was not there anymore. I do believe when I stopped menstruating that did improve. But what about all the other stuff. I had all these symptoms before . Oh wait I still had my ovaries. I am still ovulating. Then I was referred me to a Gasterologist. Wait a minute. I want to get off this merry go round. I already went this route. I felt like I was going around in circles.

I decided to take my health in my own hands and did my own research. It is amazing how much information is out there. It can really make your head spin. But had I given up I would not have seen Melissa’s site.

So.. My advice to you is don’t give up. Don’t settle for one opinion. Get as many as you need to feel better. It is your body and ultimately YOU know it best.

I want to leave you with this info that I found that basically sums up why I do believe Hysterectomy is not the cure all for Endometriosis.

“Hysterectomy absolutely, positively will stop a woman from menstruating. Obviously, this also stops menstrual cramps. Removing the uterus, however, has no effect whatsoever on endometriosis. If the endometrial implants are responsible for symptoms (pain with intercourse, diarrhea, painful bowel movements, painful or frequent urination) and they are not removed along with the uterus, the symptoms will not change. Simply removing the ovaries and leaving endometrial implants behind is not likely to do anything but throw the patient into menopause, possibly creating a whole new set of problems.”

My Peace and love to all of you.

Jane has managed to stay amazingly positive through all she has been through. I hope this article inspires you to keep searching, researching and making better decisions for your body and your health!

begin your new life
Keep Reading
PrevPreviousEasy Tea to Reduce Inflammation in 3 Ways… Plus More!
NextCould Endometriosis Have Started Because Of Our Teeth?Next