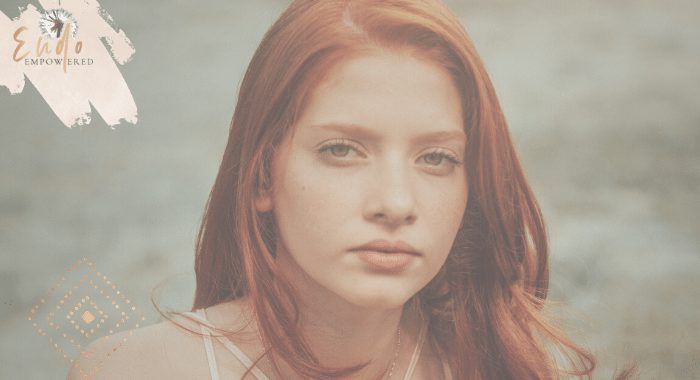 I will be honest here. Since travelling from Spain to Germany, my diet has been less than perfect. I usually managed to eat a reasonable breakfast of fruit with quinoa but finding fresh salads or making them for lunch was quite challenging. That meant adding in some of the foods that aren’t great for us endo ladies. Things like cheese and meat. I can’t say the short stint of doing this has affected my endo dramatically but it has put a massive dent in my digestion and how I have been feeling. I have felt tired and drained and somewhat bloated.

Anyway, instead of trying to just cut back on these foods which I knew were the reason for it all, I decided to explore a different way of thinking: give the body the tools it needs to be able to break down these foods more easily!

I had thought about trying this idea before but to be honest, I was a little hesitant because of the “base” of the product. See, kefir is typically made using milk. In case you aren’t familiar with what kefir is, it is a cultured product, which essentially has “live” bacteria in it. Much like real yogurt or probiotics, but heaps more powerful. The cultured part is what is so beneficial for the body. It essentially gives our digestive system a boost by giving it the good bacteria it needs to break down foods more easily. These beneficial bacteria also have a massive secondary function, which many of us perhaps don’t realize—it breaks down and eats up the toxins in our bodies too. This includes all those toxins from pesticide-infused fruits and vegetables, environmental toxins and any unwanted organisms in our guts. One of the biggest things about digestion is about getting back a good balance. I personally believe us endo ladies don’t have this balance right. Many of us seem to suffer from digestive issues along with endo—hey, I am sure you were told endo was just an irritable bowel condition. What happens when this balance isn’t there is that the bowel bacteria aren’t able to “eat up” the negative toxins and break them down. With kefirs and fermented foods, you are going to be getting much more powerful strands of these bacteria and they are young and “hungry”.

So, I did it! I bought some milk-based kefir and decided to try it. The main reason I decided I would have to get milk kefir was really because it was convenient and easy to get in a shop. If I had the choice, I probably would’ve made my own version with coconut milk (the same strands of bacteria are used). I am in Germany and the health shops here seem to have it. I can’t say I ever saw it in New Zealand or Australia, but then perhaps I didn’t really know about them then.

It tastes a little like buttermilk. It is quite sour and a little lumpy (not in a bad way though). I decided to add it to my fruit salad in the morning or added some honey to it and drank it. I only had about a quarter of a cup at a time. I was quite nervous and really expected that I would literally be running to the toilet with a chronic case of diarrhea! This is usually the reaction I would get from milk. My stomach made those grumbling noises like this is exactly what it was going to do. I waited anxiously to see what would happen. Nothing… no negative “running to the toilet” response. Instead, a few hours after eating it, I went to the toilet and well… let’s just say it was a very satisfying and “release” kind of feeling. I felt like more came out and it was in a much better “condition” than it had been in weeks. I also didn’t have to push as hard and didn’t experience any of the usual bloating and other nasty side effects (farting!) that one usually gets with poor digestion.

For two days I felt fabulous! My stomach was nice and flat and everything was working just as it should!

I then decided to make my own kefir. I got some fresh real milk and added this to about a quarter of the bottle of kefir. I have put it in a dark cupboard with the lid just resting on the top. I am hoping it starts to ferment and build its own bacteria from the milk. The idea here is that we simply provide the kefir bacteria with more “food” which is the real milk. Over a few days, it should have the same sour smell I had when I bought the product—hence making my own. It needs to be kept in a warm place—the bacteria like warmth.

I am very excited about making my own kefir and how positively it reacted with my body. I think the bacteria probably help break down the lactose protein which causes us to react badly to milk. I don’t know but I know I didn’t have the usual reaction I get from milk products!

Have you tried kefirs? Do you make your own? Please share your knowledge!

begin your new life
Keep Reading
PrevPreviousMy Understanding of What Causes Endometriosis… What Do You Think?
NextWhat Happens to You When You Drink Alcohol? Is This Endometriosis or Interstitial Cystitis?Next