NEW Documentary Coming Out! Find Out about ENDO WHAT? 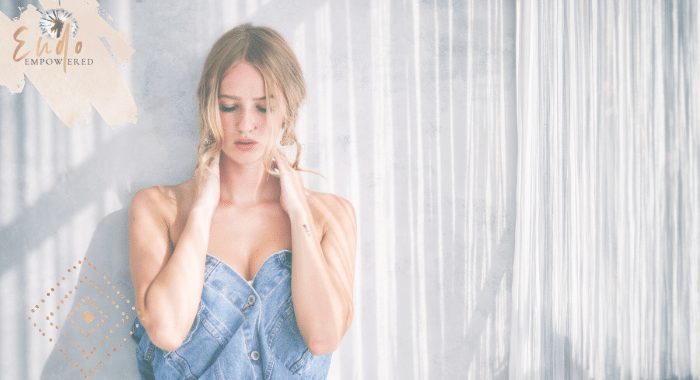 Shannon Cohn (Director and Producer) has been following my work for a few years now and when I found out about her ENDO WHAT documentary being released, I just had to share it with you! It is an exciting documentary and will really highlight Endometriosis around the world!

Here is the trailer:


** Please pledge a donation to help Shannon achieve her mission of spreading the word about Endometriosis and getting this documentary out to the world.

Want to know more about the documentary?

Like you, I wanted to find out a little more about the documentary and Shannon has offered to answer some questions for us.

What is ENDO WHAT about?

ENDO WHAT is a new feature documentary about Endometriosis. As you know, it’s one of the most misunderstood, misdiagnosed and mistreated diseases in the world. In the film, world-renowned physicians, researchers and practitioners weigh in to paint the most accurate, complete picture of the disease to date, exploring its history, believed causes, treatment options and coping mechanisms. Knowing firsthand what the disease is all about, I believe that empowering women through education is the best and most effective way to challenge a broken system and finally find a cure. Beyond that, we’ll be using the film as a tool for change in medical communities and with lawmakers in every country.

Why did you create ENDO WHAT? What inspired you?

It’s maddening really that not much has changed in Endometriosis diagnosis & treatment in the recent decades. Women still see an average of 8 doctors for 10 years before a diagnosis. They’re still told it’s in their heads, that pregnancy or hysterectomy are cures and that pain is normal. I have two young daughters who have a 7x increased risk of having the disease and the thought of them going through the same pain led me to make this film. We all have a part to play in definitively changing the narrative of this disease. This is my contribution.

What has your personal experience with Endometriosis been?

I’ve been struggling with Endometriosis for over twenty years now. I first had symptoms at sixteen with debilitating cramps that put me in bed 1–2 days per month. Like many others, I was told that this was normal and that I was exaggerating. I knew the pain was unbelievable, but thought perhaps I had a lower pain tolerance than others. Into my 20s, I suffered from immune malfunctions (mononucleosis, chronic fatigue) along with heavy, painful periods. I graduated from University and started practicing law.

In my early 30s, I was working in a Liberian refugee camp in West Africa when my symptoms worsened considerably. It was literally overnight, like a switch flipped. I felt an explosion of pain that wouldn’t go away and a whole new set of gastrointestinal symptoms. I flew back to the US and doctors were dumbfounded. They ordered countless tests: parasites, malaria, TB, HIV, pregnancy, CAT scans, MRIs, scopes. They drew 21 vials of blood in one day alone. All of the tests came back normal. I was relieved everything was normal, but it didn’t change the fact that I felt like a walking inflammation. I could actually see something was wrong. My stomach was distended and incredibly sensitive, I was completely exhausted and the constant pelvic and lower back pain was absolutely debilitating. Yet, no answers.

I had a surgery to remove an ovarian cyst and, as an afterthought in surgical recovery, the gynecologist said that she saw Endometriosis. This was the first time I had heard the word. I searched online and found a definition of “a condition when uterine tissue grows on other organs and causes pain and infertility.” I thought it could be causing my symptoms. My doctor was skeptical, but agreed to operate and burned off the endometrial growths inside my pelvis. This resulted in even more pain. I began to explore alternative treatments, modifying my diet, exercising as much as the pain would allow and taking painkillers when absolutely necessary.

After a miscarriage, I visited a gynecologist for a checkup. By complete coincidence, the doctor was one of the world’s top Endometriosis experts, Dr. Iris Orbuch. When we put two and two together, Dr. Orbuch scheduled me for laparoscopic surgery immediately. An anticipated one-hour outpatient surgery turned into eight hours and a five-day hospital stay. I had Stage 4 Endometriosis. My bowel was fused to my left ovary and uterus and my pelvis was full of Endometriosis lesions, adhesions and scar tissue. Almost immediately, I felt a difference. I subsequently became pregnant and with a careful diet and other management, I’m keeping the pain and other symptoms at bay.

You have been a follower of mine for a few years. What has made you want to follow the Endo Empowered approach?

Which methods or ideas have you used for yourself that have benefited you?

Endometriosis is an inflammatory disease. Beyond surgery with an Endo specialist, I focus on decreasing inflammation in my body. That includes a low-sugar, gluten-free, dairy-free diet consisting mainly of clean protein, fruits and vegetables. In addition, I do yoga and meditate. When I feel out of balance, I visit a trusted acupuncturist and Chinese medicine herbalist. I drink plenty of water and limit my caffeine intake to a cup of organic coffee every morning. I feel that balance is the key and try not to restrict myself completely. I follow the 90/10 rule and that works well for me.

Are you going to be sharing holistic approaches in the documentary at all?

Absolutely. The film is meant to give a complete base of knowledge. While it includes sections on surgery and medicine, a large portion explores alternative approaches to health with Endometriosis. The film also explores the connection between environmental toxins and Endometriosis, and includes ways in which one can decrease the body’s chemical burden—vitally important in managing Endo.

When is it launching?

Endo What will launch in March 2016. We plan to have screenings in Auckland and Sydney, as well as other major cities around the world. We’re also working on a second film as we follow four women with the disease. The first film is educational in nature and will be an internal agent of change (meant for women with Endo, doctors, etc.). The second film will be an external agent of change (goal: mainstream awareness on a huge scale). Both equally important and necessary to turn this disease around—once and for all.

How are you going to be sharing it? (background on marketing of it)

We’ve just recently launched a global outreach campaign (link: bit.ly/endowhat) to educate and empower women worldwide. Part of that plan is to donate copies to school nurses, libraries, doctors and hospitals and hold special screenings at schools, medical conferences and for lawmakers. The film will be used as a tool to affect real change by giving women a base of knowledge so that they can take control of their health. With this film, women will know within one hour more than they could learn otherwise by countless hours of research, continual doctor visits and procedures. It represents a real turning point in the narrative of this disease.

How awesome is this, ladies? I am excited to see the actual documentary when it comes out and attend the screening here in Auckland, New Zealand! Please support Shannon in making this documentary and getting the message out there about Endometriosis and how it truly affects us all!

Got more questions for Shannon? Please feel free to share your comments and questions below…

begin your new life
Keep Reading
PrevPreviousMy Paleo, Gluten Free, Dairy Free and Sugar Free Breakfast! Plus… It’s travel Friendly!
NextHow to Prepare for Your Monthly, When You Have Endometriosis. Mel Shares 10 of Her Secrets…Next