Could There Be an Emotional Connection with Endometriosis? Part 2 of 2 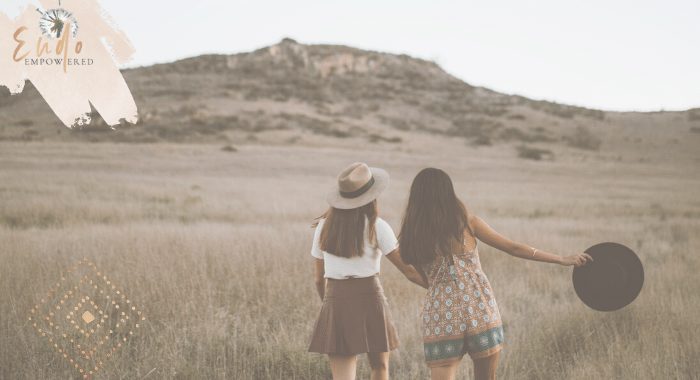 Yet another theory is that we have somehow created disease in that particular area to protect ourselves or as a form of prevention. Like making sex painful because we may have had a bad experience with sex and are scared to re-experience that event. Perhaps creating difficulty in having children, to avoid the pain of losing a child. I thought this for a while. I lost my brother when I was really young and perhaps as a six-year-old child, I may have wished that I never suffered the pain of losing a child. In doing so, perhaps I created endometriosis to protect myself—a way of not being able to have children. I know this is a little extreme really but our subconscious minds are incredibly powerful and as a young child you can believe in things which are far from true.

One of the most advanced “emotional release sessions” (couldn’t think of a better word!) I actually discovered that as a young child of six, I had blamed myself for my brother’s death. I honestly believed that it was my fault and had suffered years of guilt towards my mother for not being able to bring him back. This was after a full weekend of tapping into that emotion I experienced with regards to my mother and I cannot express to you how free and light I felt after releasing this belief from my body. It was unbelievable! Amazingly, it was also after this that I experienced four years of being symptom-free from endometriosis.

Unfortunately, as kids we often feel that we have amazing powers or take blame for things. Kids often blame themselves for their parents’ divorce, for instance.

I can imagine that if one had suffered a traumatic experience like child abuse that there could be some child’s perception or belief that could alter how we see ourselves, our reactions to things or our stress in adult life.

The thing is, there might be some truth to these theories and you might have made some connection with one of them that I have mentioned. If you have, then that is a massive key for your own emotional healing journey. I have researched a few techniques on emotional healing. The key element I personally found important is that we release the emotion from the body. I have heard of people who gain benefits from psychology as it helps them change their perspective on an event and that releases some of the emotion. Personally, I feel we need to free the emotion from the body entirely, without any thought or logic connected to that emotion. That is my experience but I have never personally tried seeing a psychologist. If you have, feel free to share.

There are various ways of releasing emotions from the body. There are also techniques which dull our reactions or even alter our thoughts. Hypnosis is one technique which some women have explored where they alter their reaction to stress or revisit a childhood event. Meditation is a means to calm your mind and allow you to almost find the emotion and calmly release it from the body.

One of the most amazing stories is the story of Brandon who wrote a book about how she shrunk a basketball-sized growth in her abdomen within six weeks, simply by delving into the emotions held within her body and freeing them. Though I can totally get what Brandon has delved into, to me it was always something I was meaning to do but never quite got around to. The confrontation of doing this technique was always a little scary. It is like looking into a black cupboard and seeing your deepest pains and emotions and having enough strength to keep looking in order to free them. I know that this way of releasing emotions is much more powerful than any other form of release—I have done this type of work before. It allows you to release huge emotions and the feeling of freedom afterwards is really amazing. The trouble is, it is fraught with a sense of fear. Well, to me anyways. I am almost scared to know what is in that dark cupboard and though I know by looking I can free it, there is also a part of me that feels I need to be “ready”, which somehow I never quite feel I am.

The one I personally love is the EFT (Emotional Freedom Technique). It is a technique that I discovered about a year ago. I read about it on the Internet and to be honest I initially thought it was a load of rubbish. It works on a principle where you tap certain parts of your face and neck, while delving into a strong emotion you hold about an event you may have experienced. By tapping at the same time, the emotion gets released and afterwards you no longer feel pain when you think of those same thoughts or emotions. The only reason I even tried it was to have something to share on my blog—oh, it does have its blessings! I have used EFT twice and both times I was totally amazed at how much of a difference they made to my life. I had one major session when my dad passed away last year. Before the session, I couldn’t even say the words “my dad has passed away” without instantly going into tears. I had no interest in life, my blog or anything. I felt dead inside and incredibly lost. After the session, I had the old me back and I always found a deeper sense of purpose and no longer feared death. The session lasted one hour and the transformation was amazing. I know it sounds strange and hard to believe. The only way you can know what it does is to try it. You can do this yourself without a trained EFT therapist but personally I found it easier to do with someone guiding you. I always find when I try and do it myself I tend to fall into more of self-pity and don’t actually get to the core of the problem. My therapist is amazing at finding the core of what the problem is and releasing that. She really looks at the emotion from every angle and is incredibly gentle at the same time. You can get in contact with Anna here and she uses Skype to do the session, which is very private and easy to do.

So, I guess the question is, do you think there is an emotional connection with endo? Do you feel you have “created” endo on some level to protect yourself from something? Have you tried any emotional release techniques? Anything you want to share that has helped you or that you feel would benefit me or anyone else?

begin your new life
Keep Reading
PrevPreviousCould There Be a Deeper Connection to Having Endometriosis We Might Share? Part 1 of 2.
NextShould We Consider Progesterone Cream for Endometriosis?Next