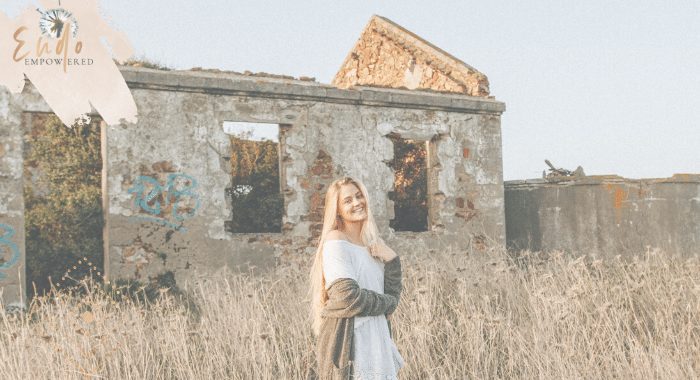 Having read a few of my blogs, you probably get the close connection between disease and toxins and how essentially disease is formed by excess toxins and a lack of real nutrition. It doesn’t matter who you take in the world that has a disease, the culprit will inevitably be a combination of these two elements—too many toxins and not enough good nutrition. It makes logical sense.

I have always wondered why our bodies developed an imbalance (a nicer way of saying disease) in the uterus or the area that essentially defines our womanhood.

Please note: I have split this blog into two parts because it landed up being really long. You can read Part 2 tomorrow.

Why there? Why did it choose to develop there and not somewhere else? On some level I feel it has “chosen” a very personal space and I guess I wonder if there may be some reason for it.

I would like to believe that developing it has nothing to do with coincidence or chance but on some level I can’t help but wonder if we somehow “chose” this area for a reason. I don’t mean “chose” on a conscious level but rather on a subconscious level, like perhaps as a form of protection or that there is a memory or anger associated with this particular part of our bodies.

I have heard many stories of women with endometriosis. In many of the more severe cases, there seemed to be a history of sexual abuse. I am not saying by any means that all women with severe endometriosis have suffered from sexual abuse, but it did get me thinking that there might be an emotional or subconscious connection here. It is almost like the cells that are within that area of our bodies, which would have been affected by that trauma, got angry or hurt and they are almost weakened because of this.

I guess I am simplifying things a little here but if we look at an individual cell and assume its nucleus is its brain and within that area it holds some emotions. Within those emotions it may hold anger or pain or hurt or any emotion and it is this emotion that actually weakens its inner core. Kinda like when you see an old couple that have been in love their whole lives and then one of them dies and inevitably the other one dies a few weeks later. It is like the inner emotion of our cells are affected and it is this that causes us to stop living. There is nothing physically wrong with us but we almost create an imbalance simply by our subconscious thoughts, or in some cases, conscious thoughts.

Think of when your adrenalin kicks in, like when you are looking after a dog and it suddenly runs into the street. Your adrenalin kicks in to protect the dog and you react in an instant. In some cases your adrenalin will react quite strongly and you can develop amazing strengths. We have created these abilities by simple thoughts to situations. The same way we create stress in our bodies or might feel anxious in certain environments. It is our mind having a thought, which creates a reaction in our bodies. This is probably why stress contributes to so many diseases and conditions—it is the reaction within the individual cells to that stress that causes the problem.

The other theory we could also think of is that the stressful event itself created the imbalance. I developed endometriosis just a short time after my dad was shot and I also suffered from a break-up, which I struggled with emotionally. It is like the events themselves caused an inner stress within my cells and that stress is still active on some emotional level, having not quite dealt with the emotions attached to those events. I guess this is where techniques like EFT (Emotional Freedom Technique) help. They focus on releasing the associated emotion of an event and in doing so essentially lift the burden of emotional stress from the body.

I have personally experienced this feeling of release from emotion. It is incredibly powerful and unbelievably lightening on the body. It is literally like a weight has been lifted from your body—it physically feels like it!

begin your new life
Keep Reading
PrevPreviousWhy Are Synthetic Drugs So Bad for Our Bodies and Endometriosis?
NextCould There Be an Emotional Connection with Endometriosis? Part 2 of 2Next