Why Dairy Is So Dangerous for Endometriosis 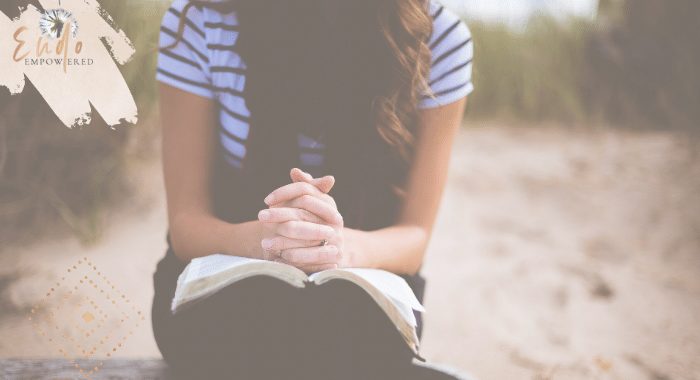 It is very common for women with endo to experience a dairy allergy or intolerance. In fact, milk is the most common food allergy in the United States, and it seems to be on the rise. Why is it for thousands of years humans drank milk and they seemed to have no problem up until recently? Could it be that there is something different about milk than there was even just a hundred years ago? In fact, there is.

In 1994, the commercialized dairy industry began using a genetically engineered growth hormone, rBGH (recombinant bovine growth hormone) on cows in order to increase milk production. However, it resulted in higher rates of disease in the treated livestock. So they started using more antibiotics, which is one of the biggest factors behind the rise in antibiotic-resistant superbugs in humans. Samuel Epstein, MD, a leading expert in cancer prevention, states that rBGH milk is “qualitatively and quantitatively different from natural milk,” and is “supercharged with high levels of a natural growth factor (IGF-1), excess levels of which have been incriminated as major causes of breast, colon, and prostate cancers.” In addition, your average store bought milk may be contaminated by the genetically modified hormone rBGH, by pus and antibiotics resulting from the high incidence of mastitis in rBGH-injected cows, as well as contamination with illegal antibiotics and drugs used to treat mastitis and other rBGH-induced disease, and increased concentration of the thyroid hormone enzyme thyroxin-5′-monodeiodinase. Not only is this milk contaminated with hormones and antibiotics, this was produced by extremely unhappy animals that are abused and are forced to live unnaturally short, miserable lives. It’s no wonder why dairy allergies are quickly increasing; you don’t know exactly what you’re getting, except little nutritional value. Also, this can definitely increase pain, bloating, inflammation, and other symptoms that come with endometriosis.  It can elevate the estrogen levels in your system, as well, stimulating endometrial tissue growth. I would even argue that contaminated milk plays a key role in the development of endometriosis in some cases (it deserves a scientific study, that’s for sure!).

Alright, and here we go with pasteurization… When the war of 1812 broke out the two beverages in largest demand in the States were whisky and milk. As the demand went up, distilleries sprang up in large cities, and within these distilleries, cows were confined to small, manure filled pens, and were fed the leftovers from the distillery process. As a result, they produced blue milk that was mixed with chalk and plaster of Paris to make it look white.  Along with sick workers with unwashed hands and no sanitation protocols, it is no wonder why the infant mortality rate skyrocketed. After years of work with doctors, experts, new standards of cleanliness and a hell of a lot of effort, raw milk eventually became safe to drink again.

However, one New York philanthropist who lost his child to contaminated milk believed that milk should be pasteurized. He used his own funds to set up various milk depots in New York City to provide low cost pasteurization. Up until the mid-nineteen forties raw milk and pasteurized milk were both available and coexisted peacefully, but a smear campaign in 1944 struck fear into citizens and raw milk nearly disappeared.  Today it is still difficult to come by (particularly in cities), but a resurgence is taking place as more become educated about the facts of how raw milk has benefited humans for centuries.

I never liked milk, I would always ask for water instead when I was young. No matter what I just could not stomach store bought milk.  While I worked on an organic goat farm, my major responsibilities included caring for and milking the goats. I would get up every morning, and I would milk them in an order we established, and afterwards I would take them out for a long walk in the meadow or the woods. Sometimes I even took my bowl of granola out with me and would squirt milk in my bowl straight from Greta’s udder, and it was a treat! I would observe them as they ate and watched them consume sweet fern, dandelion, cinquefoil, blackberry, oak and maple leaves, blueberry, raspberry, mint, cleavers, sage, oregano, and many other things that would usually make me wheeze and sneeze. I became much more aware of what they were eating, and how it would end up affecting their milk. Harvesting and consuming the milk become a spiritual practice for me, and I really enjoyed the milk. Additionally, I began making cheese and yogurt from the milk. It was entirely different to have a deep connection with the animals giving the milk, knowing what was in it, knowing exactly how it was processed, and knowing the lives that each of the goats led. I overcame many allergies, I felt more energized, and I felt a stronger connection to the goats I cared for.

Goat’s milk is extremely nutrient dense, full of vitamins, minerals, electrolytes, trace elements, enzymes, proteins, and fatty acids that are easily assimilated by the human body. It has been long regarded as medicinal by herbalists such as Rosemary Gladstar and Susan Weed, and ancient doctors. Goat’s milk is naturally homogenized; it takes twenty minutes for the human body to digest goat’s milk, and 2–3 hours to digest cow’s milk. In addition, it also does not contain the protein that causes the allergic reaction in cow’s milk.

Goat’s milk also contains some of the bioactive components found in human milk, which retard the growth of harmful organisms and protect the person consuming them.  Also, it contains twice the amount of medium chained fatty acids, such as capric and caprylic acid that are highly microbial. It is mineral rich and helps remineralize bones and teeth.

In the U.S., the Food and Drug Administration stands by the opinion that any unpasteurized milk is unsafe.  As someone who has had the experience of drinking raw milk and knowing the correct way to ensure that raw milk is safe, I highly recommend everyone try it. As long as safety protocols are followed and the horrendous mistakes of the past are not repeated, raw milk is perfectly safe. I never got sick, it always increased my immunity. This is an age of fear and disconnect we live in, and the relationship between people and food is so fearful and disconnected, we have been conditioned into believing that the natural food we have eaten for thousands of years needs to be processed a certain way to be safe.  There’s nothing wrong with pasteurized milk, there should be access to raw milk as well.  Where I live in Massachusetts, it is now legal for some farms to be certified to sell raw milk (even a raw ice cream shop), and we are making positive changes every day.

Milk is associated with nourishment, and humans lived on the milk of various animals for thousands of years.  There was a symbiotic relationship, they gave us milk, and we took care of them.  Today, many people rarely see a cow or goat, let alone get to know the one who is giving them their milk.  Are we rejecting the nourishment given to us? Is it because our bodies know it’s laced with growth hormones and antibiotics that are harmful?  A lot of what I’ve read about endo and diet throws dairy right out, but I largely advocate for everyone to give organic raw goat’s milk a try, high in nutrients and medicinal properties, and it just makes you feel rejuvenated! If you think milk is causing you problems first think, “Where did it come from? Was the animal that it came from treated well? Does it contain some extra ingredients?” All of these things play a role in how you’re feeling when you ingest the milk. After all, you are what you eat.