Amy Shares Her Story about Endometriosis, the Creighton Model and Her Ability to Have 4 Pregnancies! 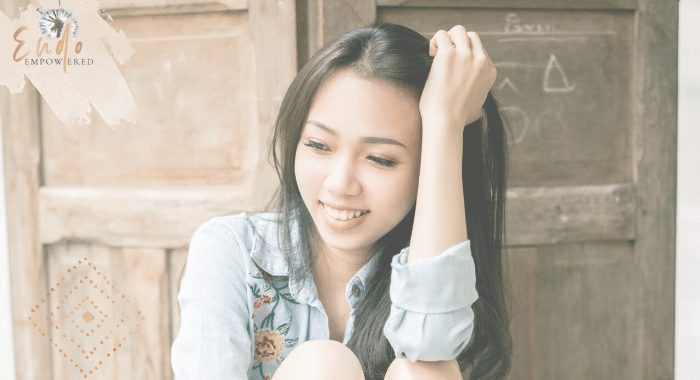 Amy has a wonderful blog called http://foodie4healing.blogspot.co.nz/. She has really done heaps of work with her diet and has an interesting perspective, which I am sure you will love to explore.

My endometriosis story begins when I was about 9 years old and getting my period for the first time. I know, young, right? But back then they didn’t know that it was a surefire sign of endometriosis. If they had, would they have treated it differently? Would my outcome have been different? Would my struggle have been less? Would my damage have been less severe? This is the type of thing we endo women sometimes think about, or even dwell on.

In high school, I went to my doctor complaining of extremely painful periods. She put me on the pill. At the time, I was never told that taking the pill (second generation) for 3 years or longer (which was me) increases a woman’s risk by 45% of developing breast cancer. I was also not told that the pill can cause early abortion. John Smeaton, SPUC’s National Director, says, “Many birth control pills can prevent ovulation, and thus prevent conception. But these pills can disrupt the womb lining too, so that if conception does occur, the embryo cannot implant and is aborted instead. It is not only the morning-after pill that does this.”

My husband and I married in December 2003. In November of 2004, we decided to go off the pill. We weren’t going to try to get pregnant, but if it happened, then it happened. In September of 2005, almost a year later, we decided to start officially trying. It only took 5 months to get pregnant. I had no problems with this pregnancy and delivered a beautiful baby girl in December 2006. I never felt better than when I was pregnant. Now, after learning more about the pill, we decided to try to find alternative methods of birth control.

Some friends of ours were doing a natural family planning method called the “Creighton Model Method” using “NaPro Technology.” (For more information, visit: http://www.creightonmodel.com/ or http://www.naprotechnology.com/). We were about to embark on a much bigger journey than we thought!

With the Creighton Model Method, you track your cycles to determine when you are fertile as well as other things in your cycle. It can be used to achieve or avoid pregnancy. I was having difficulties charting because of some things my body was doing. At one of the meetings with my practitioner, about 6 months into charting, she ordered some blood tests to see if it was polycystic ovarian syndrome. The blood work came back, confirming that my FSH and LH levels were reversed, indicating that I did indeed have PCOS. However, she wanted to confirm it with an ultrasound. Having a sister who is an ultrasound technician has its advantages, so I asked to have her do it. Much to our surprise, my sister told me I was pregnant! (Keep in mind, my daughter was 6 months old). (NOTE: It wasn’t that our form of birth control failed us, but rather that we weren’t working it like we were supposed to! It was an error on our part, NOT on the system.) At the time, my husband was in France on business and it took me over 24 hours to reach him. I kept trying to take pregnancy tests, but they all kept coming back negative. I called my doctor and she informed me that I was going to lose the baby, which I did—a little less than a week after I found out I was pregnant. I was only about 3–4 weeks along, so it was virtually painless (physically anyway).

My doctor put me on medication for PCOS, as well as other vitamins and minerals. PCOS, for those that don’t know, is a health problem that can affect a woman’s menstrual cycle, ability to have children, hormones, heart, blood vessels, and appearance. For me, I have many small cysts on my ovaries as well as increased insulin resistance. I have a hard time losing weight, especially right around the middle, despite eating right and exercising. I was also experiencing pelvic pain.

Despite being on the proper medication and doing everything to maintain my PCOS, I ended up back in the doctor’s office, thinking I had a virus. I was having severe abdominal pain in between periods accompanied by vomiting, menstrual cramps that were getting worse with time, heavier and longer menstrual periods and extreme fatigue. After examining my charts and listening to my symptoms, it was concluded that my doctor thought I had an additional health problem called none other than endometriosis. She thought it was time to seek the help of Dr. Thomas Hilgers in Omaha, NE. (For more information: http://www.popepaulvi.com/about.htm#hilgers)

Dr. Thomas Hilgers and his co-workers developed the Creighton Model and he is considered the best in the nation when it comes to women’s reproductive health. My doctor sent my charts to Dr. Hilgers and we waited 6 weeks to hear back from him. I was scared and decided to get a second opinion from my regular OBGYN, who confirmed, I had PCOS and would benefit from looking into surgery for endometriosis further. After reviewing my charts and history, Dr. Hilgers wrote back indicating he thought he could help us. So, the journey began…

I contacted Dr. Hilger’s office to start the process. It was a 1-month waiting period just to make the surgery appointment! So, after a month, I made my surgery date for 6 months out… October 17th, 2008 (yes, it takes 6–8 months to get in with Dr. Hilger’s, being the best in the nation and all).

In January, we thought we were going to have to push the surgery back even more, because once again, we were pregnant. This time, knowing all the health issues I had, I started going in 2–3 times a week to have progesterone shots given to me, so if my progesterone levels dropped, I wouldn’t lose the baby. Week 8 came and I was so excited that I went to my sister for an ultrasound. However, despite the progesterone shots, the ultrasound didn’t look good and once again, I lost the baby. However, because I was so far along this time, I experienced extreme pain and bleeding that wouldn’t stop for 10 days. They finally took my blood count and realized my levels were low… I needed an emergency D&C. This was one of the most emotionally painful experiences of my life. No woman should ever have to go through such a horrific thing. The good news in all of this was that I could still have my surgery in October.

During the surgery, endometriosis was indeed found and there was a lot of it. It was on my hip, uterus & rectum/bowels. Therefore, this couldn’t be removed during the surgery and was most likely the culprit for my miscarriages. Also during the surgery, they found endometrial stippling and micropolyps, PCOS, T3 deficiency, pressure in my fallopian tubes and a kink in my intestines.

Because nothing could be removed during the laparoscopy, I needed to return to Omaha in Decembe 2 months later for a full-blown laparotomy (a 3-hr surgery, 3-day hospital stay and 6-8 week recovery). In the waiting period between surgeries, I met with an endocrinologist and was diagnosed “pre-diabetic”, due to the fact that I had gestational diabetes when pregnant with Isabel AND the fact that I have PCOS. Treatment was to lose 10% of my body weight, exercise 30 minutes per day, eat the diabetic meal plan and check blood sugars 4x a day. I also was put on thyroid medication for a condition called thyroid system dysfunction. It helped with my energy levels but I had to check my temperature 3x a day on it.

Fast forward to December’s laparotomy, Dr. Hilgers was finally able to remove the endometriosis. He took a wedge out of one of the ovaries to help with the PCOS and was able to straighten out the hook in my small intestine. He also had to remove my appendix because it was so close to the endometriosis. The road trip home proved eventful, when I landed in 3 different ERs along the way due to dehydration and an infection in my incision. No fun. Eventually, it resolved itself and after surgery my endometriosis pain was reduced by about 95%! I was also able to lose that 10% of my body weight and was able to stop testing my blood 4 times a day. About a month later, I was diagnosed with adrenal fatigue and put on Corisol.

From December 2008 to November 2010, we had been on 2 different fertility drugs, monitored daily temperature, had monthly blood draws, tracked my cycle, had sex on the “right” days, got painful progesterone shots, on and on. It wasn’t until June 2010 that we decided enough was enough and we completely quit trying to have any more kids.

August 6, 2010 I was back on the surgery table, removing endometriosis once again. This time, it caused my lower intestine to become glued to my uterus. After that surgery, I became really depressed and hit rock bottom. As you know, endometriosis has no “cure”. Neither does PCOS. Instead of giving up, I took all the energy that I had been giving into trying to get pregnant and redirected it into getting healthy. The only answer for me is alternative medicine, Dr. Hilgers and the good Lord. I found the “Endo Diet” and the rest is history in the making as I share my continued journey as well as yummy endo-diet-friendly recipes on my blog: http://foodie4healing.blogspot.com.

In October 2010, to our disbelief, we found out we were pregnant for a fourth time. I fought my entire pregnancy against gestational diabetes and eventually beat it, so I could deliver via waterbirth using hypnobirthing methods (which is also a good method for managing endometriosis pain) for a pain-free delivery! On July 19th, 2011 our daughter was born. Beautiful and healthy.

Today, despite my continued battle with endometriosis pain and PCOS, my goal is to never stop learning. To find healthy food without sacrificing passion or taste. To stay active doing activities I enjoy. To never take my kids or my health for granted. To fully rely on Jesus. And to truly love myself and appreciate the journey… every step of the way.

Thank you, Amy, for your story. Amy will hopefully be sharing more of her diet suggestions and other research for endo on my blog! We look forward to hearing more! To encourage Amy, please post some comments, just so she knows you read her story and loved it 🙂

begin your new life
Keep Reading
PrevPrevious5 Signs that You Could Have Endometriosis
NextAre You Showing Signs of Stress? Could You Be Stressed Without Even Realizing It?Next