Am I Going to Miss the Boat on Having Children? 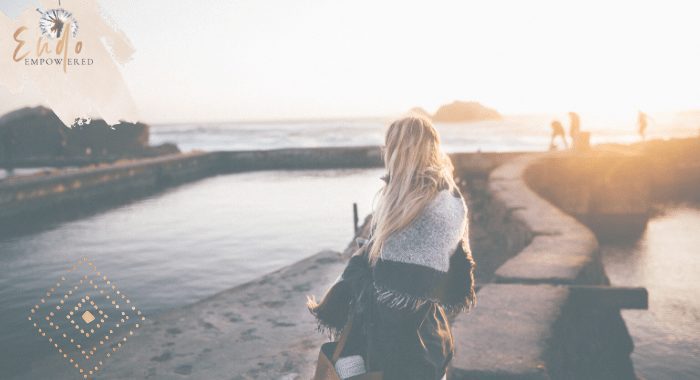 Some of you may already know that I have been through a few miscarriages. Missed that story?…. read it here. The truth is, I never really planned for any of those to happen and yet because they happened I feel that something has shifted in me, with regards to having children. Not in a dramatic way but on some level I have actually entertained the idea of having children, which I never did before.

I feel like I am on some kind of deadline. I know that they say you can have children well into your 40s but for me, it is more about the relationship I will have with my child than necessarily pushing the age thing. I want to still be able to relate to my child, when he/she is in his/her 20s and of course still keep up with them at the same time.

Up until I had the miscarriages, I never actually opened myself up enough to allow the idea of having children to come up. I know that sounds strange but perhaps because they told me so many times that because of the Endometriosis my chances would be limited, I just blocked the potential of it ever happening. When I actually felt what it was like to have a little one growing inside of me and the potential hope of life being born and growing into a young child, something shifted. It is as if the motherly instinct kicked in and there has been this constant nagging question of whether I should indeed keep trying to have a child again.

I think something strange happens when we are told we can’t have something or can’t do something. We either accept that to be true or we fight it to prove the theory wrong.

[Tweet “Whatever you believe to be true, shall be so”]

Initially, I feel like I decided to believe the theories that having children with Endometriosis wasn’t possible and simply shifted my life’s focus to other things. My life became about travel, about freedom and all the things that most people with children can’t do. I haven’t actually lived in one location for more than 2 years since leaving home in my early 20s! If I was going to be childless, then I might as well enjoy that freedom to the max, right?

However, now there is the other side that is kicking in, the part of wanting to have children, to prove some theory, to show “them” (whoever they are?) that it is possible to have children, even with Endometriosis. I mean, wouldn’t it just be the best possible form of evidence for me to have a child, to prove that all that this stuff that I am saying actually works?

The trouble is… I don’t actually know if I really want children or if the driving force is coming from my mission around Endometriosis and wanting to prove that anything is possible by approaching Endometriosis holistically and naturally, since this has become my life’s focus. It just doesn’t feel like a good reason.

The other night, I was having a conversation with my husband and a strange comment came out of my mouth… I wished that I had an extra 10 years in there somewhere. See, I am fast approaching 40 and to me, if I want to have a child, then I feel like I need to make the decision now.

The trouble is, the yearning for a child is just not that strong. Without my mission, without the need to prove something, it just feels like a big question of: would I be missing out? I feel like I should be wanting to have a child with all of my heart but it only seems to come up as a fleeting thought every now and again. I feel torn between the life I have created, which is filled with freedom and no responsibility, and one filled with heaps of it and of course the joys of a little life, which my husband and I can share.

A part of me feels like perhaps I have missed the boat. Like the ship has sailed and my life decisions have already been made a long time ago.

See, I have become accustomed to my life as it is now. I enjoy not being tied to anywhere and being able to get on a plane to somewhere just because the desire hits me. I like having sleep ins and spending lazy afternoons at the beach with no one to worry about but myself. I enjoy the luxury that freedom can offer—no schedule, no commitments and no one to worry about. I love my relationship with my husband, which is uncomplicated and easy. We can spend our days with fun adventures like test driving little sports cars and escaping for weekend getaways and taking walks in nature for hours.

I love my life with all that I have in it and on some level, perhaps I don’t want anything to change. I know that having a baby would change it. The question is… would it really be for the better?

begin your new life
Keep Reading
PrevPreviousMy Vagina Likes This Feeling… Could Yours?
NextHow to Do the Mayan Massage for Yourself – FREE Video FootageNext