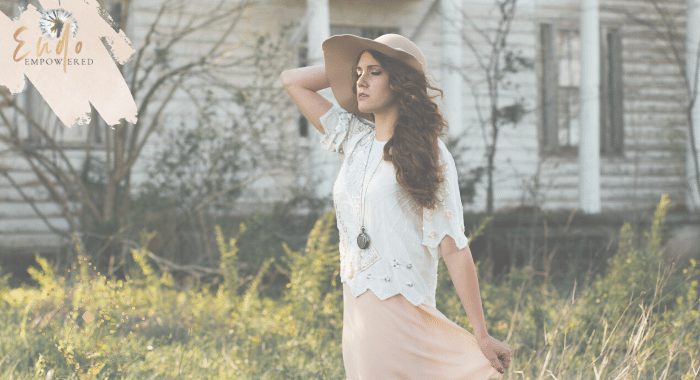 One of the key symptoms of endometriosis is pain. Swelling pain in the abdomen. I remember feeling like it was a boulder in my belly that needed to come out but no matter how many times I went to the toilet, it just wouldn’t come out. It was stuck in there. Pulsating pain.

You might be triggering unnecessary pain by eating gluten and a great study has revealed that 75% of women who eliminate gluten have an improvement in their symptoms.

I share more about Gluten and the key contributor to it with endometriosis in this weeks video:

1.Gluten could be attributing to heightened inflammation in your body.

When the gut is inflamed, it is inevitable that the whole body becomes inflamed. This will be a big contributor towards pain and also the growths of the endometriosis lesions themselves. One easy way to tell if you have a reaction to gluten is to do the simple Gluten-Free Test. Cut out gluten for 4 weeks and then eat a huge amount of it in one sitting. If you notice immediate symptoms you know that gluten is not your friend. Indicators could include headaches, aching in your belly, constipation, joint pain and feeling tired.

Roundup is the most commonly used herbicide and insecticide used on the wheat plant. Roundup contains both glyphosate and dioxin, neither of which are great when you have endometriosis. Dioxin has been directly linked to endometriosis through a study sharing how it caused monkeys to develop endometriosis. So, why would we risk eating something that has been sprayed with this stuff?

3. Wheat is not what it used to be

In the past the wheat plant and particularly the grain was much smaller than it is now. Over the years, the plant has been grown to produce larger kernels and thus more of the protein gliadin (gluten). It is not surprising that we have developed a sensitivity to this plant, when it is now in a much higher concentration and we tend to eat heaps more of it.

4. It could be a reason for your Endo Belly

I never wanted to believe I had an issue with gluten and believe me, I do test it every now and again! What I found is that my tummy would often swell up after eating it but for years, I believed it was my endo, when it is quite possible it was more of a reason to the gluten. Endo Belly is a swelling of the lower abdomen but there are many reasons this could be happening. Pain, inflammation and gut disturbances are just some of the possible reasons. When we combine all three, it is a triple whammy! By cutting out gluten, at least you know you are taking out one of the potential culprits!

5. Gluten has been linked to IBS and IBS overlaps with endometriosis

I don’t know about you but when I was first diagnosed, I was told it was IBS. I can imagine many women go through the experience of thinking they have IBS or are misdiagnosed as having IBS as yes, women with endo, have a higher likelihood of having IBS. It actually makes perfect sense when you understand the body and what attributes to inflammation in the first place – the gut and gut imbalances are a big contributor.

IBS is essentially an inflamed gut lining and there are a few things which could be triggering that. Gluten, dairy and stress are just some of the potential culprits.

The most awesome study is the one that shows that a reduction in gluten can alleviate symptoms and pain for up to 75% of women. Find that one here: https://pubmed.ncbi.nlm.nih.gov/23334113/ I also shared the connection between endometriosis and irritable bowel syndrome and how the two conditions are closely related. https://www.ncbi.nlm.nih.gov/pmc/articles/PMC4535676/ Dioxin and monkeys study: https://www.ncbi.nlm.nih.gov/pmc/articles/PMC1240688/ This shows a direct correction with women developing endometriosis and dioxin. What’s interesting about this is that it might be the herbicides used on the wheat plant that are contributing to the endometriosis pain and symptoms. Dangers of Roundup and Glyphosate: https://www.theguardian.com/us-news/2022/jul/09/weedkiller-glyphosate-cdc-study-urine-samples

⏰ Register for the Drop my Pain Challenge – discover how foods can help your body heal endometriosis: https://www.endoempowered.life/dropmypainchallenge

So, I hope that gives you motivation to cut out gluten – even if it is just to test out whether it can alleviate some of your symptoms!

begin your new life
Keep Reading
PrevPreviousOUCH! My Endo Hurts! What to focus on to alleviate symptoms faster